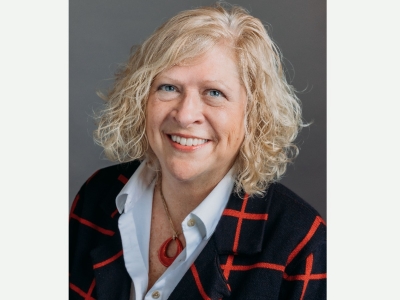 Mary Patrick is the elected Ionia City Clerk. She began her term on January 1, 2022.

Mary Patrick has been a resident of Ionia for over 40 years. She and her husband Michael have 4 adult children. Mary looks forward to serving the community in this role.

The Clerk welcomes anyone for a meeting by appointment. Please reach out via email or by calling her office.

Responsibilities of the City Clerk

The City Clerk duties include:

Running for Office in the City of Ionia

City Council
The City Charter states that there shall be a City Council comprised of the Mayor and eight members. Two City Council members shall be nominated and elected from and by the voters in each of four council districts (wards). The mayor shall be elected from the city at-large in accordance with the provisions of the City Charter. The four wards are each considered separate precincts but all vote in the same polling location at the Ionia Armory Community Center, 439 West Main Street. A map is provided below showing the boundaries for the four wards.

Eligibility
Council members shall be registered voters of the ward from which they are elected.

Clerk
There shall be an official of the city elected from the city at-large who shall have the title of and be the city clerk. The clerk is elected for a term of four years.

If you are interested in running for elected office in the City of Ionia, please contact the City Clerk to obtain information and documents.

Download Documents:
Where do I vote? (PDF)
City of Ionia Ward Map (PDF)
Go to Links:
How to Register to Vote
Verify Your Voter Registration
Absentee Voting
State of Michigan Voter Information
Code of Ordinances, Elections in the City of Ionia 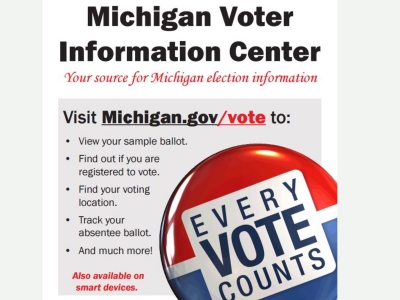 If you wish to check your registration status, polling place location and hours, view a sample ballot, or track an absentee ballot, click the link below to search directly on the Michigan Voter Information Center.

You must be a registered voter to receive an absentee ballot. Verify your registration.

Requests to have an absentee voter ballot mailed to you must be received by the City Clerk no later than 5:00 p.m. on the Friday before the election.

*If a dual absentee ballot application was submitted for the August Primary Election, you do not need to submit another application to be sent a ballot for the November General Election.

If you would like to serve the City of Ionia as an Election Inspector (Election Worker), please download and fill out the Election Inspector Application form at the link below. Mail or bring this form to Ionia City Hall, 114 North Kidd Street, Ionia, Michigan 48846. People wishing to serve as election inspectors in any 2022-2023 elections must have completed the State of Michigan required election inspector training. A copy of the training completion certificate is required with the application. Pay will be $15/hr. The City Clerk's Office is always accepting applications to keep on file but new workers may not be needed at this time. Please call (616) 523-0145 for more information.